Estimated tax requirements are different for farmers, fishers and certain higher income taxpayers. In addition, special rules apply to some groups of taxpayers, such as casualty and disaster victims, those who recently became disabled, recent retirees and those who receive income unevenly during the year. Publication 505, Tax Withholding and Estimated Tax, provides more information about these special estimated tax rules.

Who must pay estimated tax

Who does not have to pay estimated tax

Self-employed people and gig workers who also receive salaries and wages from an employer can generally avoid having to pay estimated tax by asking their employer to withhold more tax from their paycheck. This usually requires the filing of a new Form W-4, Employee's Withholding Certificate, with the employer. A special line on Form W-4 allows a taxpayer to enter an additional amount to be withheld.

Taxpayers receiving a paycheck can check the Tax Withholding Estimator on IRS.gov to determine if the right amount of tax is being withheld from their paycheck.

Also, individuals don't have to pay estimated tax for the current year if they meet all three of the following conditions:

An individual has no tax liability for the prior year if their total tax was zero or they didn't have to file an income tax return. Additional information on how to figure estimated tax is available in Publication 505, Tax Withholding and Estimated Tax.

How to figure estimated tax

When and how to pay estimated tax

For estimated tax purposes, the year is divided into four payment periods. However, some taxpayers may find it easier to pay estimated taxes weekly, bi-weekly or monthly. Alternative payment periods are allowed if enough tax is paid in by the end of the quarter.

Using an electronic payment option available on IRS.gov/payment is the easiest way for individuals, small businesses, self-employed individuals and gig workers to pay federal taxes. It's fast, easy and secure. 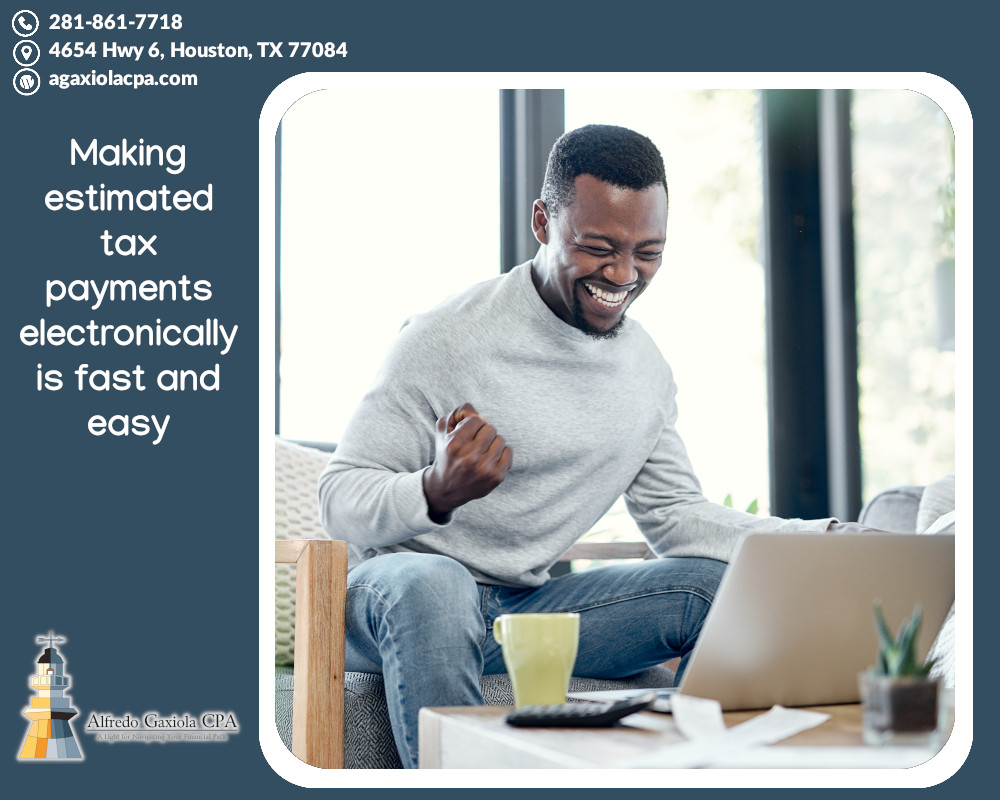