Unclaimed income tax refunds worth more than $1.5 billion await an estimated 1.4 million individual taxpayers who did not file a 2016 federal income tax return, according to the Internal Revenue Service.

"The IRS wants to help taxpayers who are owed refunds but haven't filed their 2016 tax returns yet," said IRS Commissioner Chuck Rettig. "Time is quickly running out for these taxpayers. There's only a three-year window to claim these refunds, and the window closes on July 15. To claim the refund, a return for tax year 2016 must be filed by July 15, 2020."

In Notice 2020-23 (PDF), the IRS extended the due date for filing tax year 2016 returns and claiming refunds for that year to July 15, 2020, as a result of the COVID-19 pandemic. As the IRS is issuing Economic Impact Payments to Americans, the agency urges taxpayers who haven't filed past due tax returns to file now to claim these valuable refunds.

To collect refunds for tax year 2016, taxpayers must file their 2016 tax returns with the IRS no later than this year's extended tax due date of July 15, 2020.

The IRS estimates the midpoint for the potential refunds for 2016 to be $861 — that is, half of the refunds are more than $861 and half are less.

In cases where a federal income tax return was not filed, the law provides most taxpayers with a three-year window of opportunity to claim a tax refund. If they do not file a tax return within three years, the money becomes the property of the U.S. Treasury.

For 2016 tax returns, the window closes July 15, 2020, for most taxpayers. The law requires taxpayers to properly address, mail and ensure the tax return is postmarked by the July 15 date.

The IRS reminds taxpayers that there is no penalty for filing late when a refund is involved. Taxpayers seeking a 2016 tax refund should know that their checks may be held if they have not filed tax returns for 2017 and 2018. In addition, the refund will be applied to any amounts owed to the IRS or a state tax agency and may be used to offset unpaid child support or past due federal debts, such as student loans.

By failing to file a tax return, people stand to lose more than just their refund of taxes withheld or paid during 2016. Many low- and moderate-income workers may be eligible for the Earned Income Tax Credit (EITC). For 2016, the credit was worth as much as $6,269.

The EITC helps individuals and families whose incomes are below certain thresholds. The thresholds for 2016 were: 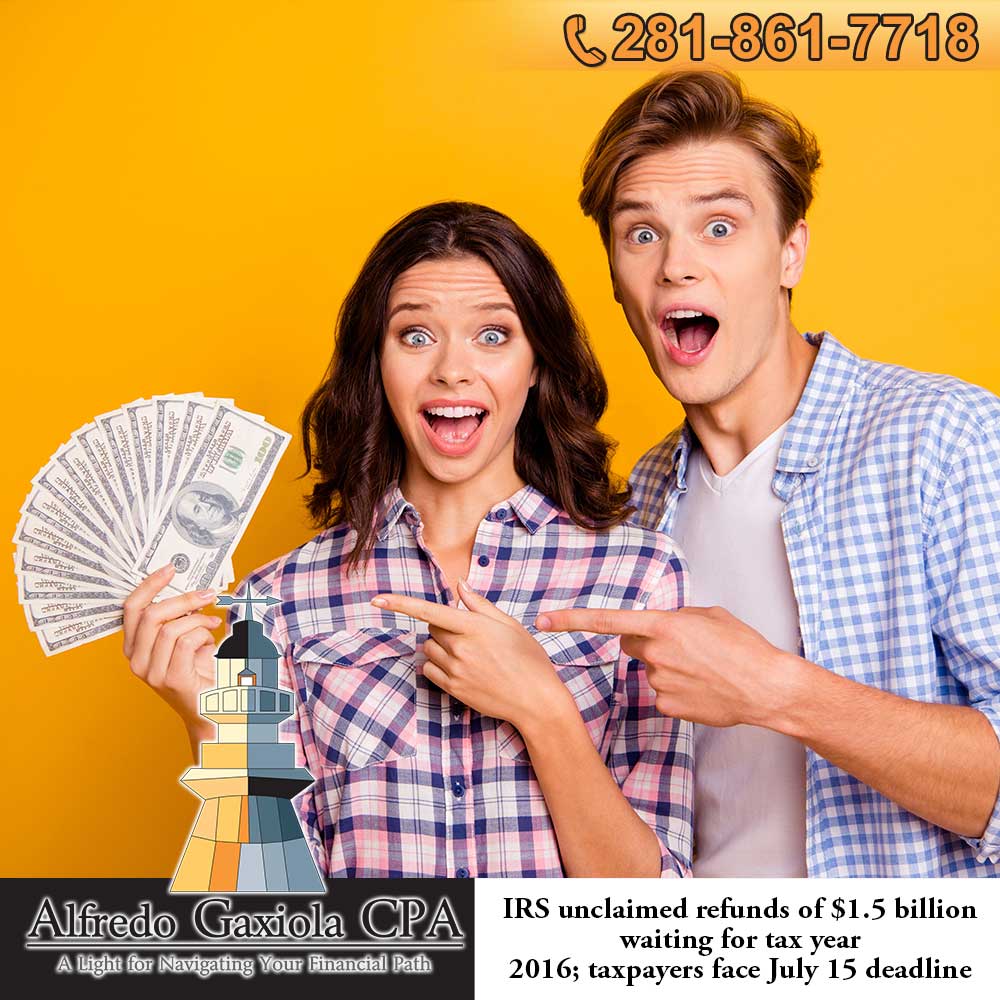