The Right to Appeal an IRS Decision in an Independent Forum

Taxpayers have the right to appeal an IRS decision in an independent forum. This is one of ten basic rights — known collectively as the Taxpayer Bill of Rights — that all taxpayers have when dealing with the IRS.

The IRS Office of Appeals that handles a taxpayer’s case must be separate from the IRS office that initially reviewed that case. Generally, Appeals will not discuss a case with the IRS to the extent that those communications appear to compromise the independence of Appeals.

Here are some points to remember about the right to appeal a decision in an independent forum: 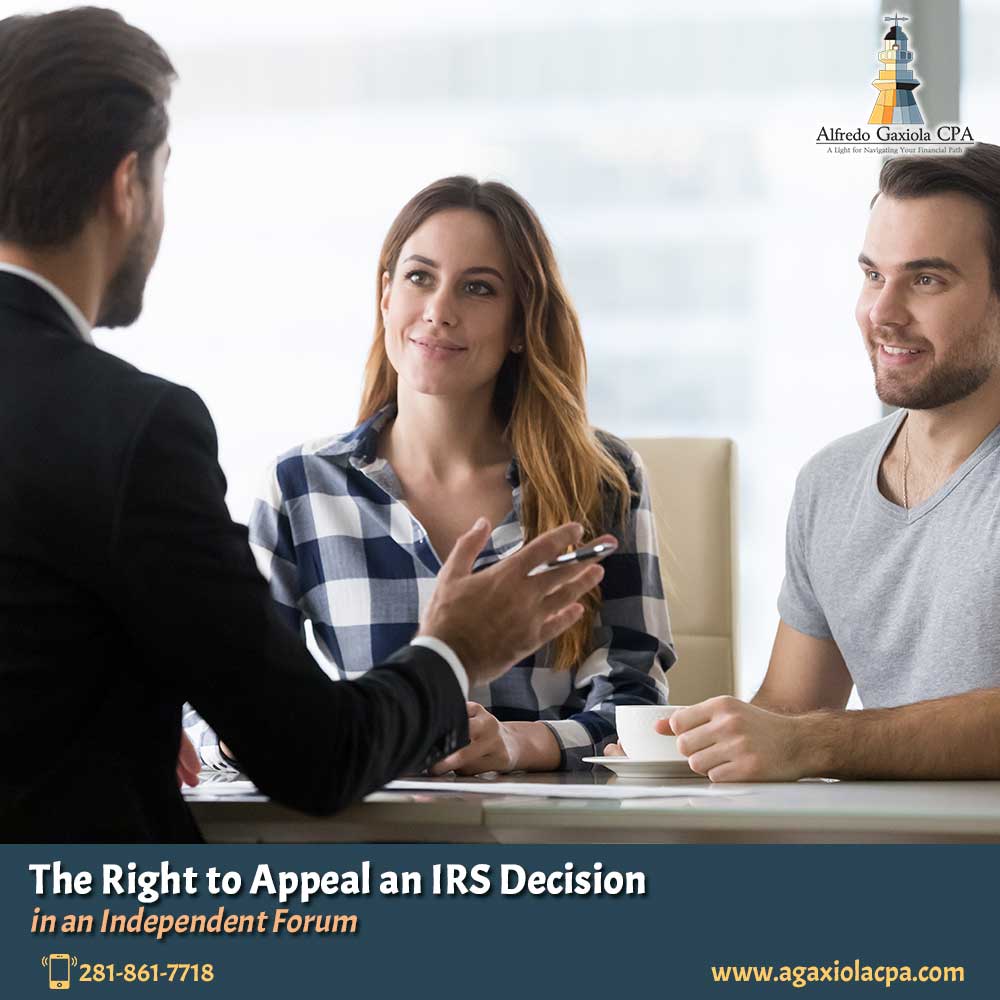