Taxpayers have the right to pay no more than the correct amount of tax they owe. This is one of ten basic rights known collectively as the Taxpayer Bill of Rights. This tip is the third in a series outlining these rights.

Taxpayers have the right to pay only the amount of tax legally due. This includes interest and penalties. Additionally, taxpayers can expect to have the IRS apply all tax payments properly.

Here are some things that taxpayers should know about the right to pay no more than the correct amount: 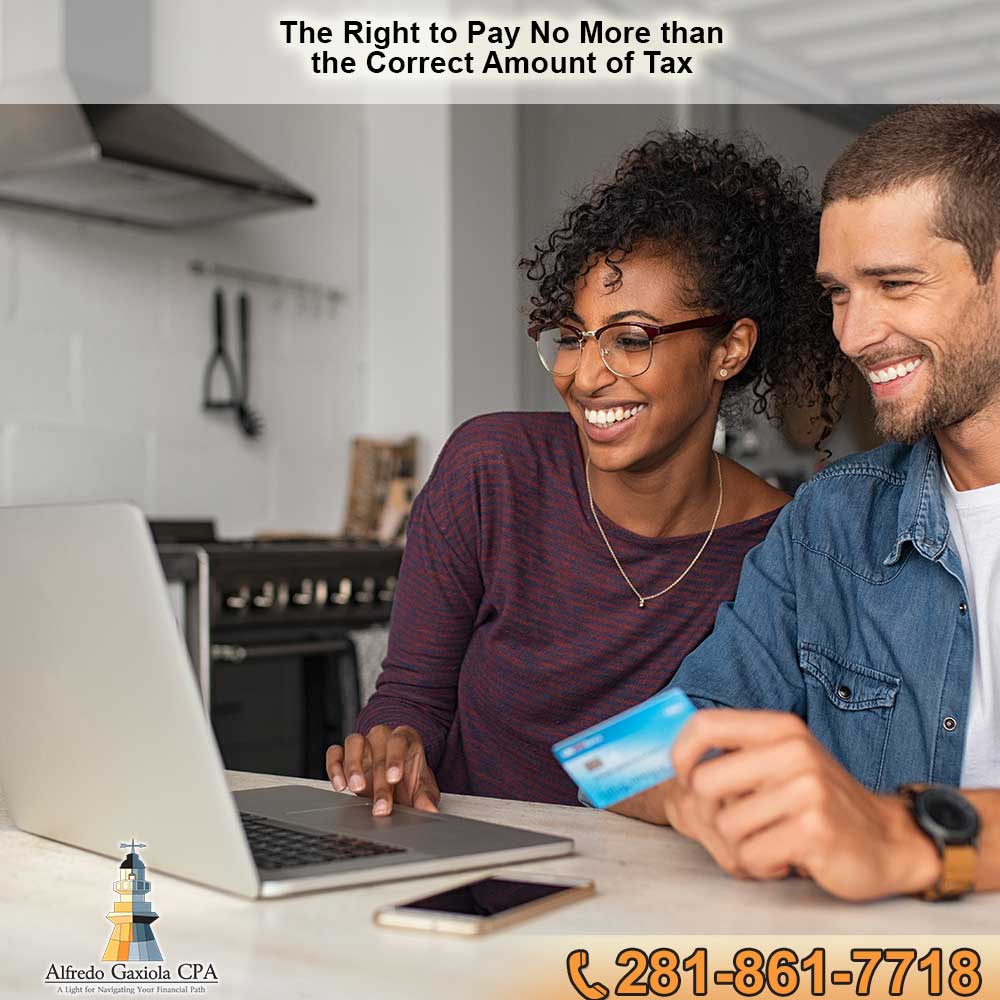