Members of the armed forces are entitled to certain tax benefits

QuickBooks Set Up and Training in Houston

Members of the military and their families often qualify for special tax benefits. For example, members of the armed forces don’t have to pay taxes on some types of income. In addition, special rules could lower the tax they owe or allow them more time to file and pay their federal taxes.

Here are some of these special tax benefits: 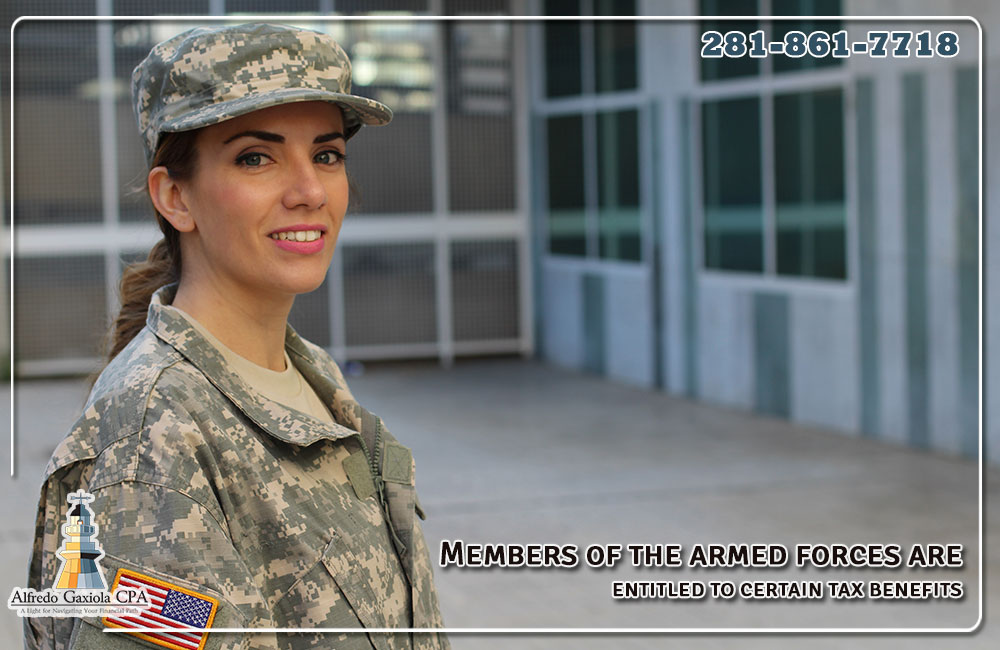 QuickBooks Set Up and Training in Houston.