The Internal Revenue Service urges taxpayers who work multiple jobs or who may be adding summer employment to complete a Paycheck Checkup. Doing so will help them check if they are having the right amount of tax withheld from their paychecks.

Checking and adjusting tax withholding as early as possible in 2019 is the best way to head off a tax-time surprise next year.

The Tax Cuts and Jobs Act (TCJA) made changes to the tax law. Among other things, the new law increased the standard deduction, eliminated personal exemptions, increased the child tax credit, limited or discontinued certain deductions and changed the tax rates and brackets. As a result, many taxpayers ended up receiving refunds that were larger or smaller than expected, while others unexpectedly owed additional tax when they filed their 2018 tax returns.

Two-income families and people with multiple jobs may be more vulnerable to being under-withheld or over-withheld following these major law changes. For 2019, a Paycheck Checkup is especially important for taxpayers who adjusted their withholding in 2018, specifically in the middle or later parts of the year. Doing a Paycheck Checkup can help determine the correct amount of tax for each of their employers to withhold.

The IRS urges everyone to do a Paycheck Checkup as early in the year as possible so that if an adjustment is needed, there is more time for withholding to happen evenly during the rest of the year. Waiting means there are fewer pay periods to withhold the necessary federal tax.

The easiest way to do a Paycheck Checkup is to use the Withholding Calculator on IRS.gov. The Withholding Calculator can help taxpayers estimate their income, credits, adjustments and deductions more accurately and check if they have the right amount of tax withheld for their financial situation. When using the calculator, it's helpful to have a completed 2018 tax return and a recent pay stub available.

Based on the Withholding Calculator's recommendations, the taxpayer can then fill out and submit a new Form W-4 to their employer. In many instances, this means claiming fewer withholding allowances or having an extra flat-dollar amount withheld from their pay.

TCJA changed the way tax is calculated for most taxpayers, including those with substantial income not subject to withholding. As a result, many taxpayers may need to raise or lower the amount of tax they pay each quarter through the estimated tax system.

The revised estimated tax package, Form 1040-ES, on IRS.gov is designed to help taxpayers figure these payments correctly. The package includes a quick rundown of key tax changes, income tax rate schedules for 2019 and a useful worksheet for figuring the right amount to pay.

Anyone who had a life change, such as getting married or divorced, buying a home or having a baby should also consider a Paycheck Checkup.

Taxpayers can pay their 2019 estimated tax payments electronically anytime before the final due date for the tax year. Most taxpayers make estimated tax payments in equal amounts by the four established due dates. The three remaining due dates for tax year 2019 estimated taxes are June 17, September 16, and the final payment is due January 15, 2020. Direct Pay and EFTPS are both free payments options, and taxpayers can schedule their payment in advance as well as receive email notifications about the payment. Visit IRS.gov/payments to schedule electronic payments online, by phone or the IRS2go mobile app. 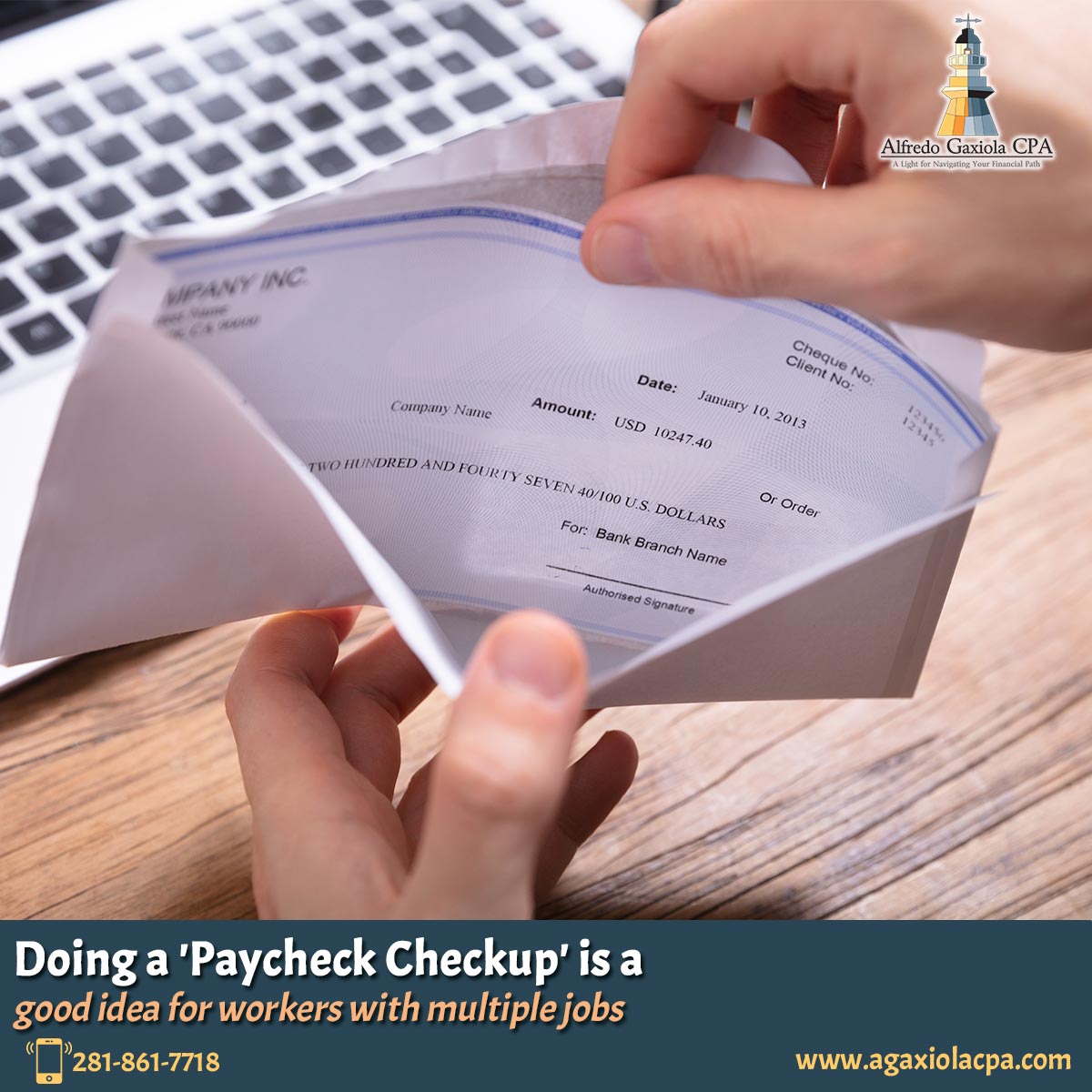