The Basics of Estimated Taxes for Individuals

The IRS has seen an increasing number of taxpayers subject to estimated tax penalties, which apply when someone underpays their taxes. The number of people who paid this penalty jumped from 7.2 million in 2010 to 10 million in 2015, an increase of nearly 40 percent. The penalty amount varies, but can be several hundred dollars.

The IRS urges taxpayers to check into their options to avoid these penalties. Adjusting withholding on their paychecks or the amount of their estimated tax payments can help prevent penalties. This is especially important for people in the sharing economy, those with more than one job and those with major changes in their life, like a recent marriage or a new child.

There are some simple tips to help taxpayers.

Anyone who has income during the year needs to pay income taxes as they receive the money. In other words, taxpayers should pay as they go, so they won’t owe. There are two ways taxpayers can pay taxes. They can use either of these or a combination of the two:

An employer can withhold tax from a person’s pay throughout the year and send it to the IRS.
An individual can make estimated tax payments to the IRS.

Who May Need to Pay Estimated Taxes

Taxpayers who may need to make estimated payments include someone who:

Wage-earners and salaried employees can avoid estimated tax payments through withholdings on their wages. They can use Form W-4 to tell their employer how much tax to withhold from their pay. Anyone can change their withholding any time during the year.

When to Pay Estimated Taxes

For estimated tax purposes, a year has four payment periods. Taxpayers must make a payment each quarter. For most people, the due date for the first quarterly payment is April 15. The next payments are due June 15 and Sept. 15, with the last quarter’s payment due on Jan. 15 of the following year. If these dates fall on a weekend, the deadline is the next business day.

Farmers, fishermen and people whose income is uneven during the year may have different rules. See Publication 505 for more information.

If a taxpayer doesn’t pay enough or pays late, a penalty may apply.

How to Figure Estimated Taxes

When figuring their estimated taxes each year, taxpayers need to account for life events that may affect their taxes. They should also adjust for recent changes in the tax law. They should make adjustments throughout the year if changes occur.

Individuals, sole proprietors, partners and S corporation shareholders generally use the worksheet in Form 1040-ES. They’ll need to know their expected adjusted gross income. They’ll also need to estimate their taxable income, taxes, deductions and credits. Some taxpayers find it helpful to use information from their prior year’s tax return when they complete the worksheet. Their estimates should be as accurate as possible to avoid penalties.

Some taxpayers earn income unevenly during the year. For example, a boat repair business might do more business in the summer. Taxpayers like this can annualize their income. Under this method, they’d make unequal tax payments, based on when they receive their income, rather than four even payments. Doing so could help the taxpayer avoid or lower a penalty, because their required payment for one or more periods may be higher with this method. See Worksheet 2-9 in Publication 505.

How to Pay Estimated Taxes

Taxpayers can pay online, by phone or by mail. The Electronic Federal Tax Payment System and IRS Direct Pay are two easy ways to pay. EFTPS keeps a record of payments, so users can see how much they paid and when.

Taxpayers can make payments more often than quarterly. They just need to pay each period’s total by the end of the quarter. Visit IRS.gov/payments for payment information.

If a taxpayer underpaid their taxes, they may have to pay a penalty. This applies whether they paid through withholding or through estimated payments. A penalty may also apply for late estimated payments, even if someone is due a refund when they file their tax return.

In general, taxpayers don’t have to pay a penalty if they meet any of these conditions:

To see if they owe a penalty, taxpayers should use Form 2210.

The IRS may waive the penalty if someone underpaid because of unusual circumstances and not willful neglect. Examples include:

There are special rules for underpayment for farmers and fishermen. Publication 505 has more information. 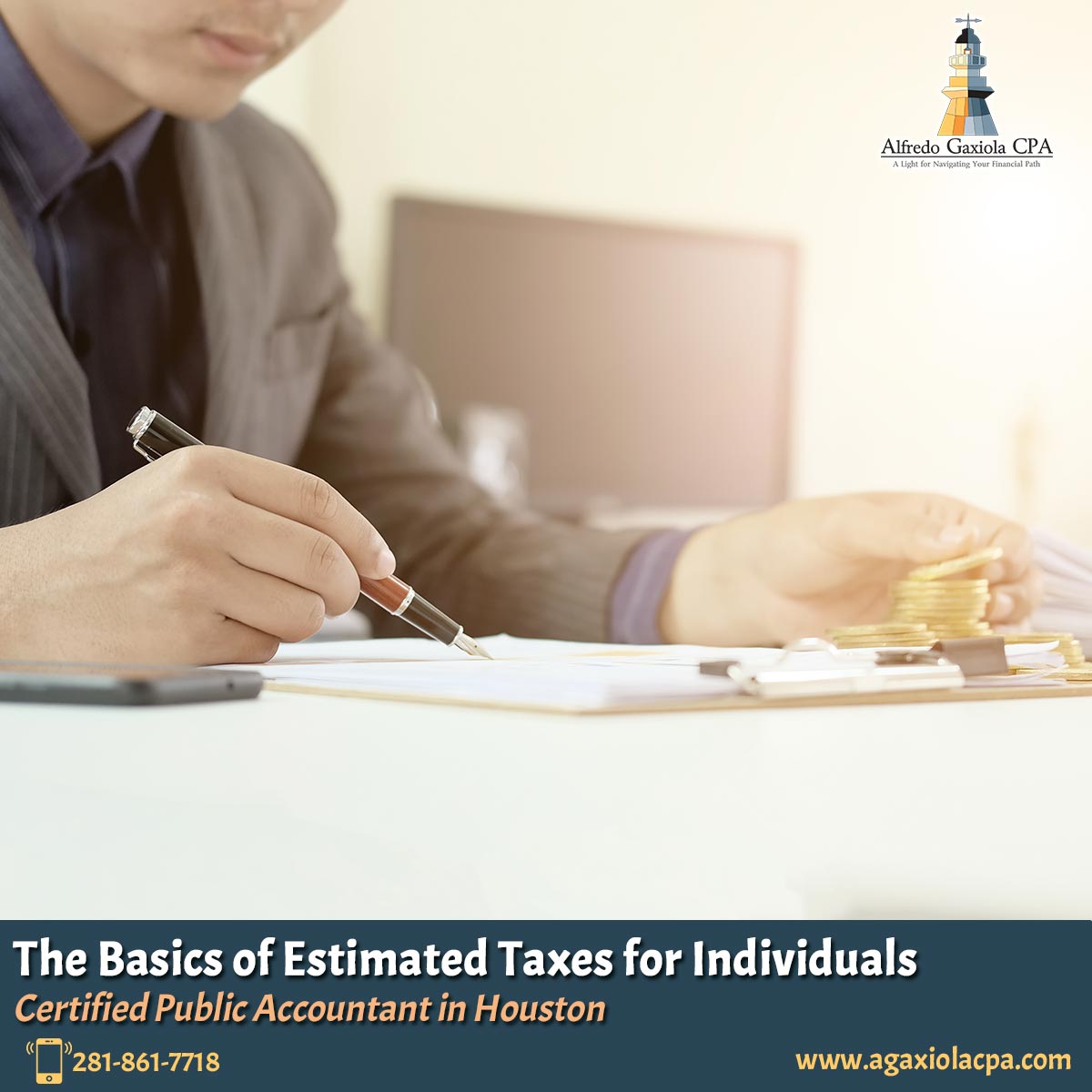